FORT WORTH (CBSDFW.COM) — The National Retail Federation unveiled its prediction on holiday sales for November through December.

During a conference call on Thursday, the organization believes sales will increase 6 to 8% compared to last year. That equals anywhere from $942.6 billion to $960.4 billion more.

“In the face of these challenges and in the face of the uncertainty that’s taking place across the economy, consumers are behaving more thoughtfully, a bit cautiously but yet they continue to spend,” said NRF President and CEO Matthew Shay.

The NRF took in several factors when releasing this prediction such as inflation, interest rates, consumer confidence, disposable income and weather.

This year, the NRF also pointed out shoppers will be looking for bargains which is in line with what early shoppers said today.

“Everybody, including us, I think is more broke for sure, so maybe a little less this Christmas,” said shopper Jennifer Shapaka.

Local gift stores like Lawrence’s Gifts in Fort Worth is looking forward to this busy season.

“It’s going to be a good year, we’re planning on it,” said Frances Lawrence, owner of Lawrence’s Gifts.

Foot traffic here is picking up she says, and she doesn’t notice the strain on pocketbooks impacting spending right now.

“We try to make things affordable for everybody we have all price points and always have so not everybody has the same amount of money to spend,” added Lawrence.

To read more about the NRF’s predictions and methodology, click here.

Nick Starling joins CBS11 from KSHB-TV in Kansas City, Missouri, where he was a reporter for over three years. Before that, he reported in Omaha, Washington D.C., Lincoln and in central Nebraska. 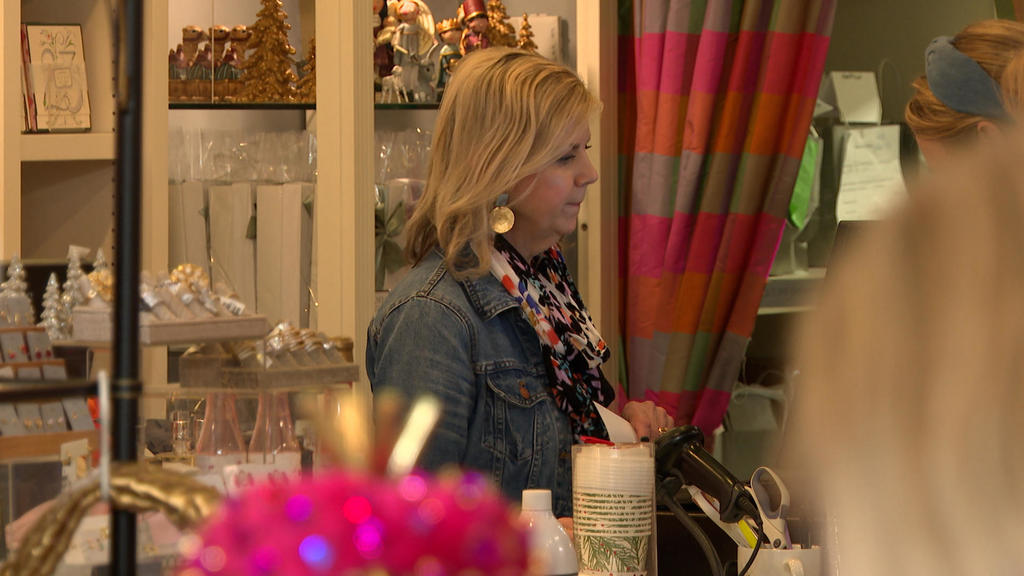